Filmmakers know that the more personal the story, the more universal its appeal. That is certainly the case with Top End Wedding. Starring Miranda Tapsell and Gwilyn Lee, Wayne Blair’s feature is one of the year’s most anticipated films. A charming and heartfelt romantic comedy, here is a film that is unapologetically Australian.

Top End Wedding is co-written by Tapsell and Joshua Tyler. The two had been friends for a while before the idea for the film was conceived. According to Tapsell, Tyler “just started asking me about the kinds of films I watched,” and the film formed from there. From British to American classics, the co-writers have shared a list of films that inspired Top End Wedding:

Nora Ephron was a true Hollywood legend. The former journalist turned filmmaker was nominated three times for Best Original Screenplay at the Academy Awards (for Silkwood, When Harry Met Sally and Sleepless in Seattle). Her films shaped contemporary romantic comedies, from the structure of the films, to the focus on female characters. It’s no surprise that Tapsell and Tyler used her work as inspiration for Top End Wedding. 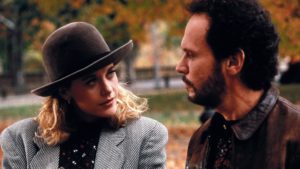 Much like Ephron’s work, the 1999 film, Notting Hill has a clear influence on Top End Wedding. Starring Julia Roberts and Hugh Grant, the film was a gigantic success. While Ephron shaped the way we saw romantic comedies in the 80s, Notting Hill’s Richard Curtis completely changed the game in the 90s, beginning with this film. Notting Hill did one thing a lot of romantic comedies actually forgot to do: be romantic. It’s this focus on genuine romance that inspired the filmmakers behind Top End Wedding. 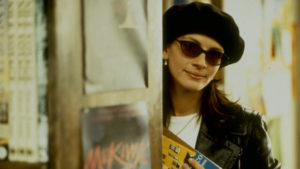 In case the film’s title was not enough, Top End Wedding is indeed about a wedding. In Tapsell’s own words, “[When writing the film] I also thought about wedding films like My Big Fat Greek Wedding.” Directed by Joel Zwick, the 2002 film was the highest grossing romantic comedy of all-time, accumulating over $368 million. Much like Top End Wedding, My Big Fat Greek Wedding has a distinct focus on people of a different culture. Where Greek people were the focus of Zwick’s feature, Indigenous Australians find their way into the spotlight in Blair’s hilarious film. 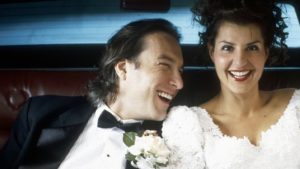 You can check out Top End Wedding at the Adelaide Film Festival Pop Up event on Saturday the 6th of April at 6:30 PM. Buy tickets here