Miranda Tapsell is one of Australia’s leading rising stars. This year, she stars alongside Bohemian Rhapsody’s Gwilyn Lee in Wayne Blair’s Top End Wedding. Ahead of the film’s Australian premiere at the Adelaide Film Festival Pop Up event on April 6th, we wanted to highlight Tapsell’s past performances:

In the first season of the Foxtel original, Secret City, Tapsell appeared as Sasha Rose, a fiery journalist for the fictional Daily Nation newspaper. Secret City is set Beneath the placid facade of Canberra, amidst rising tension between China and America, Canberra press gallery journalist Harriet forces her way closer to the truth, uncovering a secret city of interlocked conspiracies which will threaten her career, her life and endangers the freedom of every Australian. The series enjoyed a phenomenal response for critics and audiences alike. 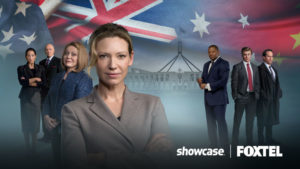 A departure from her usual sassy roles, Tapsell appeared in the hit show, Newton’s Law. In the ABC show, the actress portrayed insurance investigator, Skye Stewart. Newton’s Law follows Josephine Newton as she juggles the high-powered barrister’s world of Knox Chambers and the haphazard legal tangles of her former solicitor’s office.

Perhaps her most well-known role, in 2014, Tapsell starred in the universally adored Channel Nine programme, Love Child. In the series, Tapsell portrayed Martha Tennent. When asked about the importance of an Indigenous Australian’s casting in a mainstream, Australian network, programme, Tapsell stated the following:

“I just wanted to say as an indigenous woman, it was no small thing to me when I was cast in Love Child, a show that was on a mainstream national network. Other than Deborah Mailman and Aaron Pederson, I can’t think of an Aboriginal person before me on the same kind of scale for Australian TV or film. I saw them and thought it felt normal, it was normal for me and it felt right and I saw myself in the same place. I am where I am and got those roles because of their speaking out.” (Credit- The Iris) 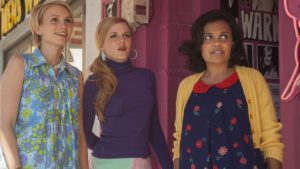 In 2012, Tapsell starred in the film that would make her a household name. It was none other than The Sapphires, directed by Wayne Blair. This foot-stomping, heart-pounding comedy detailed the true story of four young, talented Australian Aboriginal girls learn about love, friendship and war as their all-girl group The Sapphires travels to Vietnam to entertain the US troops. Including Hollywood A-lister Chris O’Dowd, the film’s cast featured Jessica Mauboy, Deborah Mailman and Eka Darville.