AFF Special Presentations section, presented at the Capri Theatre, Goodwood, is a new strand featuring titles direct from Venice and Toronto International Film Festivals. This selection offers unique entertainment opportunities and great nights out with friends in one of Adelaide’s most treasured and iconic theatres.

Tickets to these special presentations at the Capri are available at regular AFF ticket prices, and can be purchased with your AFF MultiPass. 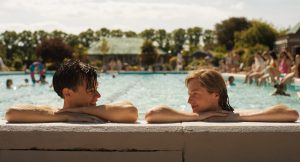 A beautifully crafted story of forbidden love and changing social conventions, My Policeman follows three young people – policeman Tom (Harry Styles), teacher Marion (Emma Corrin), and museum curator Patrick (David Dawson)– as they embark on an emotional journey in 1950s Britain. Flashing forward to the 1990s, Tom (Linus Roache), Marion (Gina McKee), and Patrick (Rupert Everett) are still reeling with longing and regret, but now they have one last chance to repair the damage of the past. Based on the book by Bethan Roberts, director Michael Grandage carves a visually transporting, heart-stopping portrait of three people caught up in the shifting tides of history, liberty, and forgiveness. 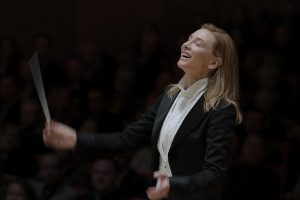 Starring Australian Cate Blanchett, TÁR has just debuted at the Venice Film Festival to critical acclaim and earning Cate Blanchett the Best Actress award (the Volpi Cup), with many already calling it the performance of her career. Blanchett’s powerhouse performance as the first female conductor of a German orchestra will be a crossover success with both fans of film and music

Bros is an insightful and celebratory tribute to the diversity within LGBTQI+ culture. With great laugh out loud moments Bros is bound to creep into even the most cynical heart and mind. Bobby is a much-loved podcast host who prides himself on being an authority on queer culture, he is living his best life and unconcerned about finding “The One”. That is until it is all turned on its head when he meets Aaron, the great looking, hunky man in a dreary profession. Despite their many differences each senses a spark beyond the lust.

The Banshees of Inisherin | Saturday 22 October | 6:00pm
Two lifelong friends come to an impasse in their friendship. 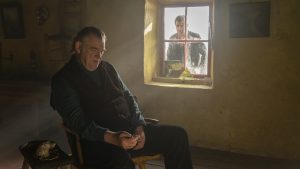 Brendan Gleeson and Colin Farrell in the film THE BANSHEES OF INISHERIN. Photo by Jonathan Hession. Courtesy of Searchlight Pictures. © 2022 20th Century Studios All Rights Reserved.

Set on a remote island off the west coast of Ireland, The Banshees Of Inisherin follows lifelong friends Pádraic (Colin Farrell) and Colm (Brendan Gleeson), who find themselves at an impasse when Colm unexpectedly puts an end to their friendship. A stunned Pádraic, aided by his sister Siobhán (Kerry Condon) and troubled young islander Dominic (Barry Keoghan), endeavours to repair the relationship, refusing to take no for an answer. But Pádraic’s repeated efforts only strengthen his former friend’s resolve and when Colm delivers a desperate ultimatum, events swiftly escalate, with shocking consequences.

The AFF Special Presentations are part of a huge 2022 program, view the full selection below!

Information about the Capri can be found here.