The inaugural AFF EXPAND Lab brings together 30 of Australia’s most daring artists and creative thinkers from 23-28 October 2022 for a development lab and commissioning process to foster new ideas for moving image artworks.

The full list of participants from across Australia can be found here at this link.

EXPAND Lab continues AFF’s tradition of delivering acclaimed development programs including Film Lab New Voices, HIVE and Crossover. The project is a collaboration between the Adelaide Film Festival, Samstag Museum of Art , The Art Gallery of South Australia and Illuminate Adelaide. and is supported by the The Balnaves Foundation, and Arts South Australia.

The Lab will commission one new moving image work to be presented at Samstag Museum of Art during the 2024 Adelaide Film Festival. In addition, two projects will be selected for development support and mentoring by Illuminate Adelaide and the Art Gallery of South Australia. 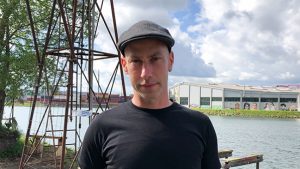 Alex Davies is an award-winning Australian media artist whose practice spans a diverse range of media and experiments with interaction, technology, perception, mixed reality and illusion. His PhD examined the relationship between the techniques of stage magic and the creation of illusion in media arts. He is a Scientia Fellow and Senior Lecturer in Media Arts and UNSW Australia Art & Design and exhibits nationally and internationally. 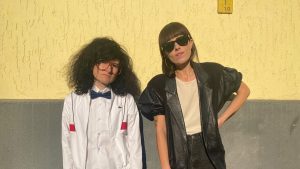 Soda Jerk is a duo who make sample-based experimental films with a rogue documentary impulse. Following their controversial political revenge fable Terror Nullius (2018), their new feature Hello Dankness is the 2022 Adelaide Film Festival and Samstag Museum of Art Moving Image Commission. Formed in Sydney in 2002, they have been based in Brooklyn and Berlin since 2010. 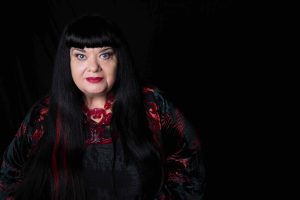 She is a two-time Emmy award winning artist/filmmaker renowned for creating profoundly empathetic works while pushing the boundaries of emerging technologies. Awarded a UNESCO City of Film Award and the Byron Kennedy Award for Innovation and Excellence, she is a member of the World Economic Forum’s Global Future Council on Virtual and Augmented Reality and sits on the Sundance Institute’s Board of Trustees.