Since its inception in 2003, the Adelaide Film Festival Investment Fund has supported over 130 projects that have delivered unique Australian stories and productions to audiences worldwide. Funded with support from the Government of South Australia, AFFIF investment has enabled the production of a diverse array of screen works, from feature films, documentaries and shorts, to TV series, web series and immersive virtual reality projects.

AFFIF productions draw on creative talent from across Australia and generate cultural and economic return for South Australia. AFFIF projects have garnered national and international acclaim, winning accolades at major film festivals including Berlin, Cannes, Sundance, Toronto and Venice, and claiming in excess of 300 prestigious international and national awards.

We congratulate all the filmmakers involved, and we look forward to the realisation of the 2023 AFFIF projects. We hope that you enjoy the 2022 slate, made with Australian audiences in mind. Remember, you saw it here first! 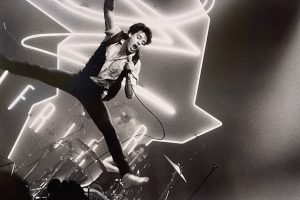 The Angels: Kickin’ Down the Door
The Angels came hurtling out of Adelaide in the 1970s with the searing guitar sound of the Brewster brothers and Doc Neeson, a frontman who was beyond intense. Their songs remain etched in the DNA of this city: Am I Ever Goin’ to See Your Face Again, Take a Long Line, No Secrets. They worked their way up, developing an unmistakably unique musical style. By 1978 they were a behemoth of the local rock scene and on the path to international success… until they just missed their chance. Yet they still revolutionised the Aussie music scene, transforming it from pretty pop to gritty guitar rock, and featuring ferocious and theatrical live shows. Adelaide director Maddie Parry (Hannah Gadsby: Nanette) has made a surprisingly intimate documentary, with band members’ home videos and never-before-seen photos, exploring the internal tensions that strained relationships to breaking point, even while producing incandescent rock’n’roll. 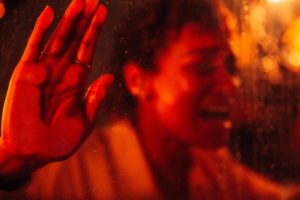 Talk To Me
After racking up over a billion views on their RackaRacka Youtube channel, the Philippou brothers, Danny and Michael, finally make it to the big screen with this story of a troubled teenager, Mia, and her group of friends who discover how to conjure spirits using a ceramic embalmed hand. They become hooked on the new thrill, until Mia is confronted by a soul claiming to be her dead mother. She opens the door to the spirit world and becomes plagued by supernatural visions. Having prompted a devastating possession, the group struggle to decide who to trust: the dead or the living. The Philippou brothers take their action skills to new cinematic levels in this thrilling psychological horror bound to keep audiences on the edge of their seats. 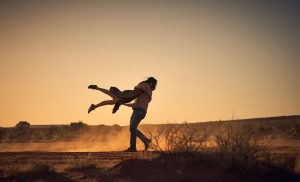 Carmen
Benjamin Millepied, celebrated choreographer (Black Swan) and one of the world’s most acclaimed dancers (former principal soloist, New York City Ballet) makes his directorial debut with this dazzling, experimental, modern-day retelling of one of history’s most famous love stories and operas, featuring a new music score by Nicholas Britell (Moonlight) and filmed in Australia. Melissa Barrera (In The Heights), Paul Mescal (Lost Daughter) and Rossy de Palma (Parallel Mothers) head a stellar cast in this explosion of dance and passion.
“Carmen is an opera that I grew up with. Somehow it was a story that resonated with me as a child, it always stayed with me.” (Benjamin Millepied) 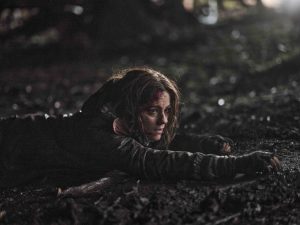 Carnifex
As Australia recovers from unprecedented bushfires, Bailey – an aspiring documentary maker – joins conservationists Grace and Ben as they travel deep into the Australian outback to track and record animals in the aftermath of the fires. As night falls, the well-equipped trio discover a terrifying new species, now intent on tracking and hunting them. This taut environmental horror marks the feature directorial debut of acclaimed editor Sean Lahiff. 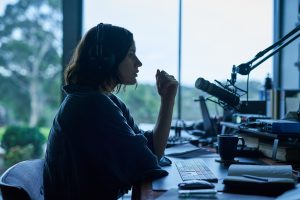 Monolith
This keenly anticipated debut feature from the South Australian creative team of director Matt Vesely, writer Lucy Campbell and producer Bettina Hamilton is a striking science fiction thriller. Through the clever containment of a single location and only one on-screen character, Monolith surveils disgraced journalist (rising star Lily Sullivan) as she turns to podcasting to salvage her career, before uncovering a strange artefact that she believes is evidence of an alien conspiracy. The teasing mystery is a product of the ground-breaking Film Lab: New Voices initiative, and uses its creative restraint to compelling advantage. 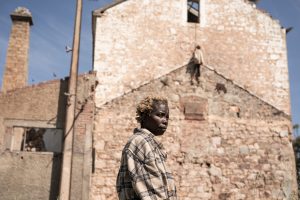 The Survival of Kindness
Adelaide Film Festival favourite Rolf de Heer returns with his latest project, a poetic, scorching examination of race, identity, and the strength of will. In a cage on a trailer in the middle of the desert, BlackWoman (Mwajemi Hussein) is abandoned, left to die. But BlackWoman seems not ready. She escapes, journeying through pestilence and persecution, from desert to mountain and finally to city, on a quest for an unknown beginning. But the city is more uncertain even than the desert, and recaptured, BlackWoman needs to find another escape. Or does she? 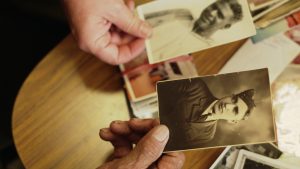 Watandar, My Countryman
After former Afghan refugee and photographer, Muzafar Ali, discovers that Afghans have been an integral part of Australia for over 160 years, he begins to photograph their descendants in a search to define his own Afghan-Australian identity. The Cameleer Descendants are a mix of Aboriginal, Afghan and Colonial Australian, and as Muzafar meets and connects with the resilient but traumatised community, he learns about his new country’s complicated history. His journey is interrupted when Afghanistan is handed back to the Taliban by the US and International Forces, and he races to help his friends and colleagues left behind.

The Giants
The Giants explores the intertwined fates of trees and humans in this poetic portrait of environmentalist Bob Brown and the Forest. From a seedling to forest elder: the film is a masterclass that draws on Bob’s 50 years of inspiring activism, from the Franklin campaign for Tasmania’s last wild river, to today’s battle for the Tarkine rainforest. Told in Bob’s own words, his story is interwoven with the extraordinary life cycle of Australia’s giant trees, bought to the screen with stunning cinematography and immersive animated forest landscapes. The Last Daughter
Brenda’s first memories were of growing up in a loving white foster family, before she was suddenly taken away and returned to her Aboriginal family. Decades later, she feels disconnected from both halves of her life, so she goes searching for the foster family with whom she had lost contact. Along the way she uncovers long-buried secrets, government lies, and the possibility of deeper connections to family and culture. The Last Daughter is a moving documentary about Brenda’s mission to unearth the truth about her past, and to reconcile the two sides of her family. 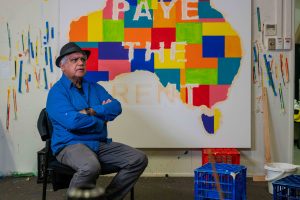 You Can Go Now
First Nations artist Richard Bell proclaims himself to be an ‘activist masquerading as an artist’. His confrontational work and attitudes have stirred the Australian art world while being lauded internationally, taking him from a childhood in a rural Queensland shack to the lofty halls of the Tate Modern. Schooled in the rough and tumble politics of Redfern and the Canberra Tent Embassy, his work challenges the institutions of colonisation in Australia and asserts the rights of First Nations people around the world. Through this collaboration with Emory Douglas, a Black Panther known as the ‘Revolutionary Artist’, Bell’s work links the fight for rights in Australia and the U.S. He has profoundly challenged the Australian art world with his scorching manifesto, Bell’s Theorem, which labelled the Aboriginal Art industry ‘a white thing’ defined by colonial power structures that profit most from it. At a time when Australia is contemplating voice, truth and treaty, Bell’s ideas cannot be ignored.