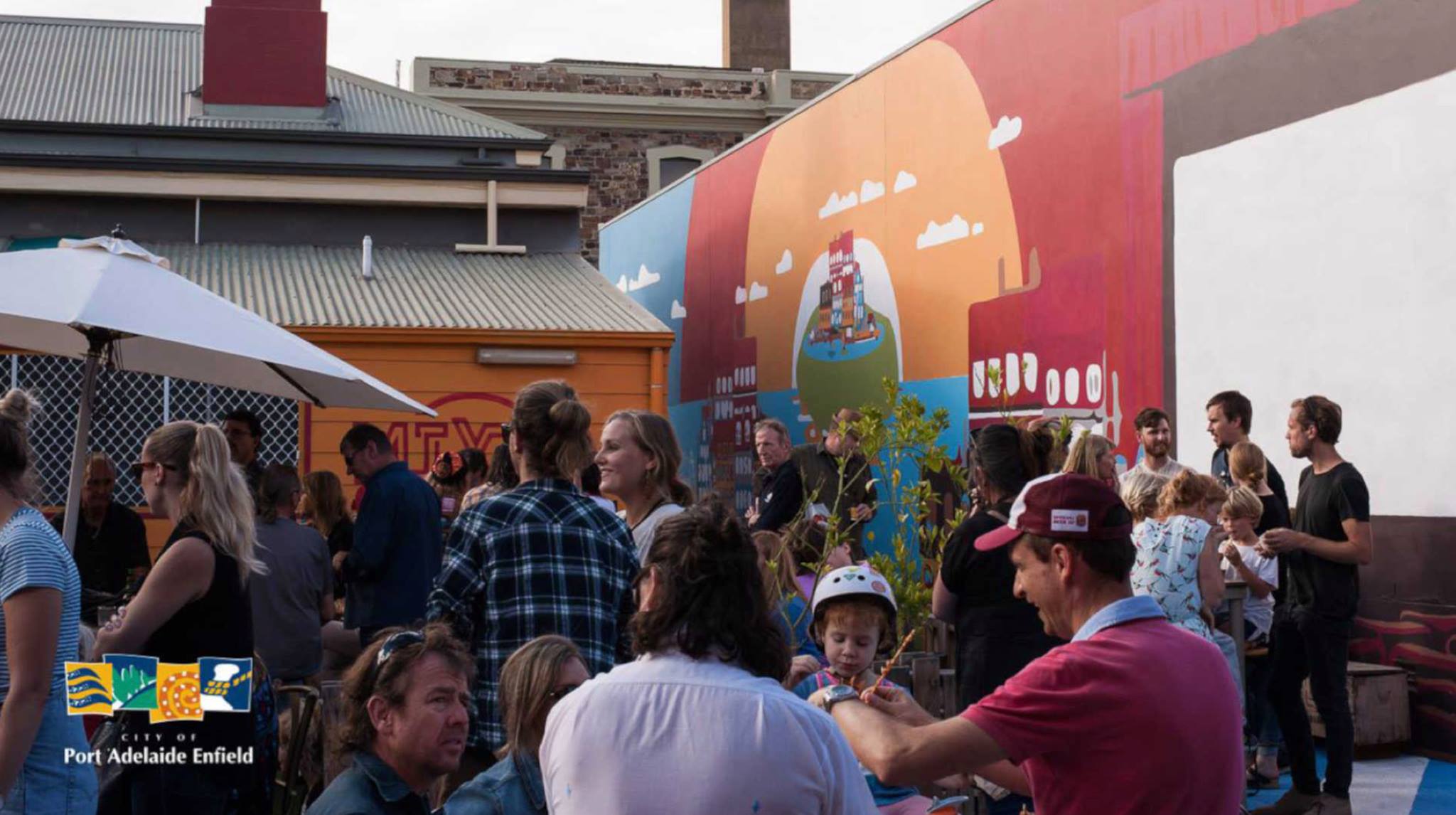 The CBD isn’t the only place you can be a part of this year’s Adelaide Film Festival action. Make your way to the Port Adelaide area for dancing, drinks and all things film at a special Laneway Cinema Party, as well as some very special screenings from here and across the globe in the retro surrounds of the Odeon Star Cinema.

Here’s everything you need to know.

Celebrating the creative cluster of downtown Port Adelaide, Adelaide Film Festival is teaming up with Fontanelle, Mixed Creative and Port Community Arts Centre to turn Town Hall Laneway AKA Black Diamond Laneways into a cinema wonderland. Lighting up the screen will be a kaleidoscope of art and cinema plus tunes by DJ TR!P. The evening will include DJ TR!P presenting a live score to Raymond Longford’s 1918 classic The Woman Suffers plus short films and other screen wonders. Drinks and gastronomic delights will be available for purchase. Bring your dancing shoes.

ADLFF presents a special screening of a great Australian film. Look Both Ways marked the feature debut of Sarah Watt, the animator, author and filmmaker who created a beautiful body of work in a life that was far too short. It’s a hot Adelaide weekend. A young man is struck by a train. Photographer Nick (William McInness) and reporter Andy (Anthony Hates) cover the story for newspaper editor Phil (Andrew S. Gilbert). Witness to the tragedy is Meryl (Justine Clarke), an illustrator returning from her father’s funeral. Nick meets Meryl at the scene. Quickly they become lovers. Nothing’s that simple of course. Nick has a devastating secret and Meryl is subject to violent fantasies (superbly animated by Watt) of death, destruction and tragedy. They love, fight, separate and eventually get around to telling truths that must be told. Meanwhile, Andy learns his girlfriend is pregnant, and he’s hardly prepared for fatherhood. The quiet majesty of Look Both Ways lies in its honesty. Its flawed characters stumble around making mistakes, getting things right and somehow gathering the strength to face themselves and get on with the precious gift of being alive. Watts’ memorable mix of black comedy and raw emotion reminds us that love is the best antidote of all. Her film is a precious gift that will be cherished forever.

The next generation of screen storytellers strut their highly impressive stuff in Made in SA, a showcase of the very best fiction and documentary shorts produced in South Australia over the past 12 months. Screening before selected features, these tales from the city and stories from the bush feature everything from cutting edge SFX to inventive use of new technology including drone cinematography. Has SA got an abundance of up-and-coming filmmaking talent? The answer here can only be a resounding yes.