Due to the enormous response from creatives across the country and the calibre of the applicants, Closer Productions and AFF are pleased to announce they will be providing five x $5000 grants, increasing the funding pool from the original four grants on offer.

The five successful applicants and their projects are: 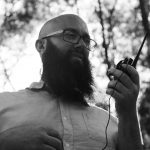 An ACCTA and AWG nominated screenwriter and producer, known for a multi award-winning slate of successful films that advocate for disability and minority stories weaving together real-life experiences. He blends the tragically funny and disturbingly beautiful.

Ghenoa Gela for On Blak: Inside Out 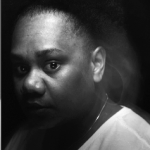 Proud Torres Strait Islander woman Ghenoa Gela is a Multi-Disciplinary, Multi-Dimensional Storyteller who is proper keen to broaden the boundaries of the western arts landscape. 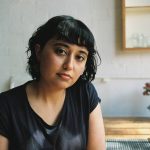 Tehran born, Australian raised, Noora is an award-winning writer/director based in Melbourne. 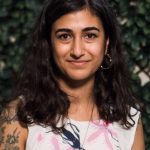 Nelya Valamanesh is a second-generation Iranian Australian woman and screenwriter based in South Australia. She is multi-disciplinary, working in theatre, music, radio and poetry. She participated in local and national talent camps through AFTRS, where she continued to develop her first web series, 5 Rules to Being a Fuck Girl. 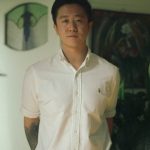 Alex Wu is a director and screenwriter based in Melbourne. Alex’s most recent short film IDOL received the Dendy Award for Best Live-Action Short Film at the 2020 Sydney Film Festival, two awards at the 2020 Brooklyn Film Festival, and nominations at the Australian Directors Guild Awards and the AACTAs

Applicants were chosen by the judging panel on the strength of their voice and previous work, the clarity of their vision and their articulation of how this grant would help them to develop their creative ideas.

Micro-Grants for Diverse Voices called for early ideas from voices and perspectives currently underrepresented (Aboriginal and/or Torres Strait Islander, People of Colour, Queer and/or gender diverse, Deaf or with a disability).

The grants will provide time and space for the recipients to develop and nurture ideas that might otherwise be hard to finance or under-valued.  While filmmakers will be encouraged to develop their own projects within a plan they create for themselves, each recipient will also be offered 3 x 1-hour mentorship sessions from Closer Productions to help them to explore and achieve their vision.

“Faced with such a large pool of applications of such high calibre, the selection committee recommended 5 people rather than 4.  We are so thrilled to be able to support these artists in the development of their work and their voices and look forward to seeing what each of them creates during this time and in the future.”

“This is a terrific partnership between Adelaide’s Closer Productions and the Adelaide Film Festival to identify and support exciting new creative voices and I am very excited by the five amazing people and projects we’ve discovered. Their originality is outstanding.”

The applications were assessed by a team of First Nations, LGBTQI+ creatives with other people from diverse cultural backgrounds and members of the disability community with academic/filmmaker/writer Larissa Behrendt (Maralinga Tjarutja, After The Apology), celebrated performer and disability activist Dan Daw, producer, writer and director John Harvey (producer of Spear and The Warriors), non-binary artist and activist Audrey Mason-Hyde and Japanese/Australian documentary director and impact producer Maya Newell (Gayby Baby, In My Blood it Runs).

For more information about the grant and assessment panel head to https://adelaidefilmfestival.org/opportunities/ 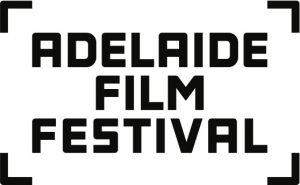 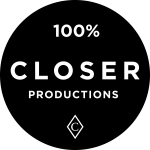