It’s no secret that Australia is a nation of sporting fans. We fill stadiums to watch it; it’s on our screens, and it’s a dependable conversation starter for many.

But is sport art? Some would say no, arguing the rules restrict creativity. But others would say yes: it’s visual, and it can have undeniable emotional power. Whatever your view, that’s the question tackled by Matthew Bate in his new work The Art of the Game, a hybrid documentary resulting from a collaboration with South Australian photographers Trent Parke and Narelle Autio.

Summation of Force, the work that Bate follows the making of in The Art of the Game, is a multi-channel video work that pitches competitive sport and the mythical power of cricket as a metaphor for life and parenthood. The work has been described as a ‘Lynchian suburban dreamscape’, exploring the themes, determination and bonds that sporting ambition can create within families and nations.

Bate’s involvement with Summation of Force came after meeting Parke at the HIVE LAB. “He showed me a little clip of his son, Dash – it was shot in black and white – bowling this ball underneath the hills hoist,” says Bate. “It just clicked in my brain. It looked like my childhood, playing backyard cricket with my brother,” Bate says.

A year later, Parke got in touch with Bate to see what he was working on – and the rest is history.

“I got started as a fan … and I guess I came in from being a professional filmmaker to helping two people who were trying to make their first video work. I brought a filmmaking perspective to this video artwork.” 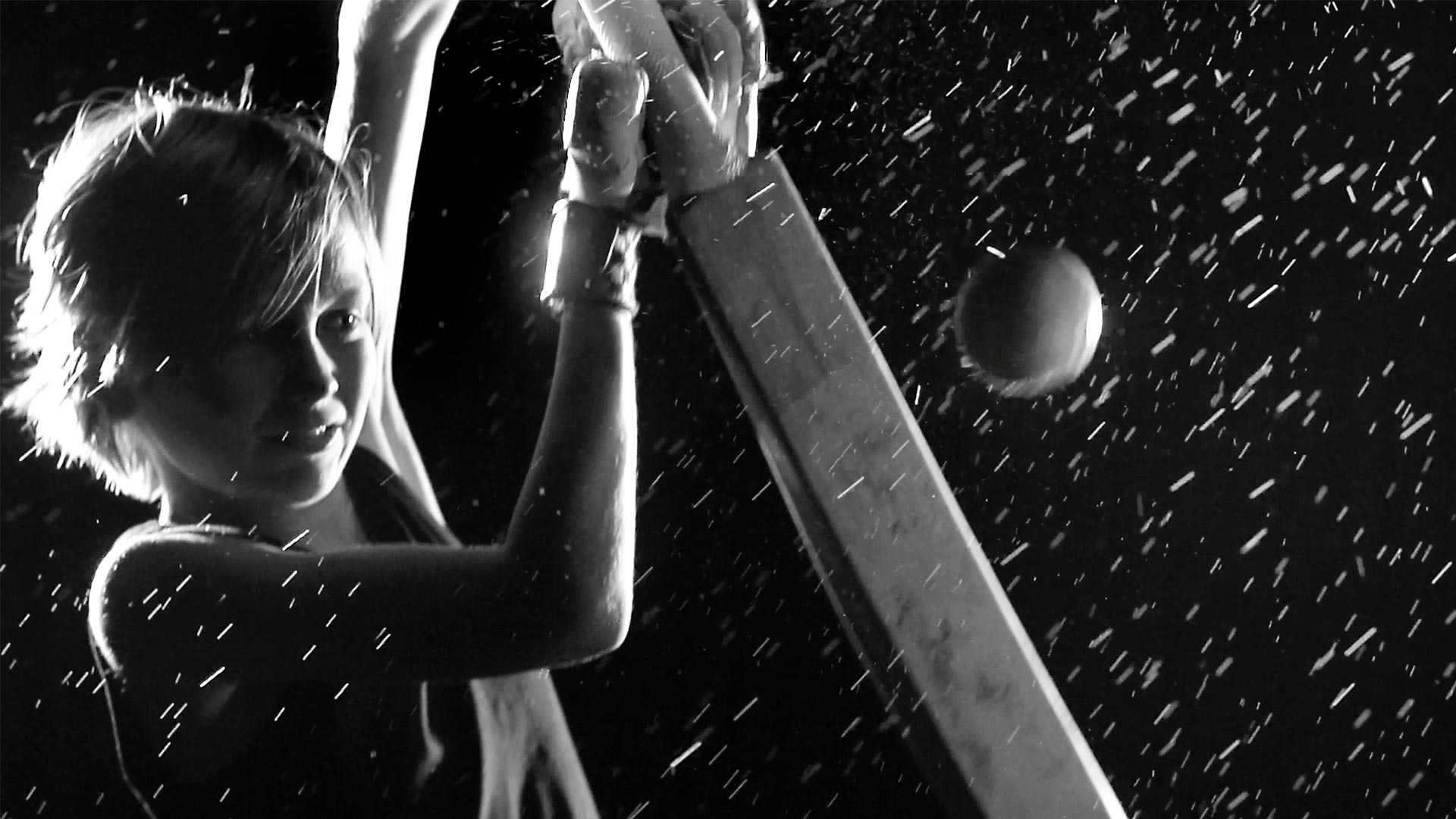 “It’s almost like a philosophical essay film about if sport can be art,” Bate says of The Art of the Game.

“It’s got a number of strands in it. It follows them (Autio and Parke) making The Summation of Force… it’s a kind of biographical story about Trent and Narelle and their 25 years of working together as photographers. And then we’ve weaved in a philosophical essay film – which philosophises about cricket and sport, and whether cricket is an art unto itself.”

According to Bate, Autio and Parke are cricket obsessives. Parke grew up playing professional cricket, and later travelled with the Australian cricket team in what was essentially an in-house photographer role.

“Cricket is basically a lens through which they look at ideas of parenthood and anxieties around parenthood, and how kids grow up through the professional system,” says Bate.

“It starts off as very innocent, playing in the backyard with your brother. But the next phase becomes less innocent – it’s about going through these trials, becoming a state player, leading up to becoming a professional… you look at what happened recently in the Australian cricket team – the pressures that are put on them – they make mistakes and the whole nation wants to cannibalise them. So they use cricket as a lens through which to look at these bigger themes and ideas.” Sport is a surprising topic for an art film. Bate, however, has always felt that sport has artistic elements to it.

“I’m from the north of England originally, so [to me] soccer is the beautiful game,” says Bate.

“[And with cricket] you look at the beautiful way the batsmen play strokes… even the language is beautiful, you find this interesting language like the ‘googly’ and the ‘off spinner’. I think I’ve always felt that sport is art, but after making The Art of the Game, I’m absolutely convinced that it’s got artistic properties.”

The Art of the Game is part of the Art on Screen trilogy at Adelaide Film Festival. Tickets are available now.