The vast and varying landscape of South Australia has provided film makers with a multitude of shooting locations. Here are some you might be surprised to find in Adelaide’s own backyard. 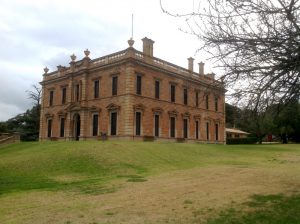 Two films that shaped the Australian psyche – not to mention film landscape – were Picnic at Hanging Rock and Breaker Morant. Five years apart from one another, they both visited the Clare Valley to capture locations on opposite sides of the globe from the same time.

While Picnic at Hanging Rock used Martindale Hall near Mintaro to great effect to capture the dying years of the Victorian era in Australia, Breaker Morant used the sweeping hills to stand in for the South African bush during the same era. 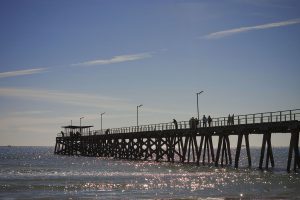 2009’s Closed for Winter, starring Australian musician Natalie Imbruglia, was an indie hit that premiered at the Adelaide Film Festival. Largs Bay and Semaphore were large features of the film’s landscape, as well as the Capri Theatre in Goodwood. Featuring missing children and windswept beaches, the film hit a nerve in the Adelaide psyche given the city’s own relationship to such themes, and proved to be a critical hit. 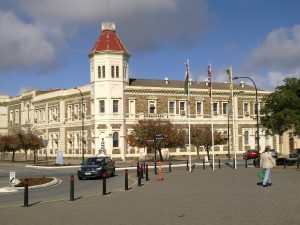 Port Adelaide is such an evocative Adelaide location, it’s hard to believe it hasn’t been used more in films. Bad Boy Bubby made extensive use of the grunge-tastic port region, as well as the Old Adelaide Gaol and St Peter’s Cathedral.

Another film that took advantage of the heritage suburb is Playing Beatie Bow. Set in Sydney’s historic Rocks region, the time-travel fantasy film filmed in Crozier Street (you’ll recognise it if you drive down St. Vincent Street and keep a lookout from the street with the walkways between buildings), as well as West Terrace Cemetery.

Horror fans can visit the actual home that was used for filming psychological thriller The Babadook (2014) in North Adelaide. Visit if you dare – it’s just a 20-minute walk from Adelaide’s CBD, or 10 minutes if you run (or have absurdly long legs).

Luckily, no Babadooks currently reside there. The next best place to check would probably be the nearest cellar, or your unchecked subconscious.

Okay, you’re probably thinking this one’s come out of left field. Dangerous Reef, Spencer Gulf? As in, a giant body of water that looks exactly like every other bit of ocean surrounding us?

Well… in 1974, a small film crew went out to Port Lincoln with shark experts Rodney Fox and Ron Taylor. They boarded a boat and set out for Dangerous Reef, well known for being both a seal colony and a haunt for great white sharks. After thrashing about in the water with some chum three sharks came by, garnering some of the most spectacular footage ever shot of great whites.

The film was Jaws, by the way.

We’re celebrating Australian screen stories by finding what the top 3 Australian films #YOUMUSTSEE are. Have your say and vote now.