Recognising the achievement of individuals whose lifelong work is of benefit to the Australian community.

Applications for the Bettison & James Award have now opened.

How to submit a nomination:

About the Bettison & James Award

The annual award provides $50,000 to an Australian individual in recognition of their exemplary and inspiring lifelong body of work.

Commencing in 2015 the annual award was established in recognition that many Australians have contributed an exemplary and inspiring lifelong body of work of high achievement and community benefit. Should a recipient of the award choose to continue their work, or to record or disseminate aspects of their work, the benefits for both the individual concerned and for the wider Australian community would be correspondingly extended.

The Bettison & James Award is administered by the Adelaide Film Festival for the Jim Bettison and Helen James Foundation. Presented by the Foundation on an annual basis, the Award provides the beneficiary with the possibility for extending, recording or disseminating aspects of their lifelong work. The award recipient’s area of expertise may be in the arts and humanities, social justice, the environment, the sciences or any other area where benefit to the community results from their work.

The Jim Bettison and Helen James Foundation was established to realise the vision of Dr Jim Bettison and Ms Helen James, who were committed to supporting a wide range of activity in the community through philanthropy and professional engagement. Jim co-founded Codan, a successful and award-winning Adelaide company, established the Developed Image Photographic Gallery and served as Deputy Chancellor at the University of Adelaide. Helen was an exhibiting studio artist. She served on various key arts committees and was a founding member of the National Library of Australia’s Foundation Board.AFF aims to garner innovative partnerships and to create opportunities for Australian key thinkers and practitioners.

The Foundation’s Selection Committee for the Award reviews all submissions before making its final decision. A total of $50,000 is awarded each year to single or multiple recipients, based on eligibility and strength of application. Dr Bob Brown, environmentalist, human rights campaigner and former political leader, is the recipient of the 2021 Bettison and James Award. Dr Bob Brown was born and educated in rural NSW and worked as a doctor before becoming the face of the campaign to save the Franklin River in 1982.

He was elected to the Tasmanian state parliament in 1983 and during his tenure most notably advocated for gun law reform, gay law reform and achieved the expansion of the Tasmanian Wilderness World Heritage Area.

In 1996 Bob was elected to the Senate, where he led the national debate for 16 years on issues including climate change, democracy, preventative healthcare, conservation, and human rights. 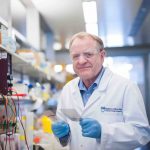 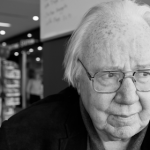 If you have further enquiries about the Bettison and James Award, please contact Adelaide Film Festival on (08) 8394 2505 or via [email protected].