Are you a fan of Australian cinema? You might be surprised to find out that some of your favourite films in recent years have been supported and funded by the Adelaide Film Festival FUND, an initiative enabling filmmakers – almost half of them women, and 10% Indigenous – to develop 100 projects that have received 288 awards, including 100 international awards.

The FUND, founded by the South Australian Government in 2003, is the cornerstone of our festival and the first of its type in Australia. A rarity worldwide, it has become a major force in encouraging and enabling highly original and distinctive screen works.

Here are the films in this year’s program we’re proud to have supported through the FUND. 26 November 2008. A wave of devastating terror attacks throughout Mumbai catapult the bustling Indian metropolis into chaos. In the heart of the city’s tourist district, Jihadist terrorists lay siege to the iconic Taj Palace Hotel, whose guests and staff become trapped in a heroic, days-long fight for survival. A simple urban story about a girl and her robot, a floating support drone that talks. Think a strange mix of the movie Ted and the TV show Wilfred. An irreverent adult comedy that looks at our reliance on technology, but what happens when technology is as ill-informed as we are. She is Osca, an organic being, born of this earth. Belonging to Earth, she exists comfortably within her natural world… unlike the newcomers. Osca is flummoxed by the complexity of these human beings, by their ingenuity and resourcefulness, but also by their rapaciousness and destructiveness. The clues she finds offer no explanations to her. The Waiting Room is a tribute to time; elusive, ethereal, abstract yet perpetually exacting. It speaks to the time in between the before and the after: the time before we, the real aliens on planet Earth, arrived; and the time after, once we are done colonising and have gone. What are the realities that we must transcend to avoid arriving at the inevitable? The Waiting Room is a pioneering work, one that redefines the boundaries of VR by dispensing with conventional VR headsets. In a moonlit backyard a mythical game of cricket is being played between two boys. Over the course of the game we contemplate the physics, motion, pitfalls and beauty of this idiosyncratic sport. Created by Trent Parke and Narelle Autio in collaboration with Matthew Bate, The Summation of Force VR is a virtual reinterpretation of their moving image work, placing you inside it. Dark, surreal and exquisitely beautiful, this virtual reality artwork uses cricket as a metaphor for life itself. I Am Mother (Work In Progress Screening)

A teenage girl is raised underground by a robot “Mother” – designed to repopulate the earth following an extinction event. But their unique bond is threatened when an inexplicable stranger arrives with alarming news. The Art of the Game

Photographers Trent Parke and Narelle Autio are partners in life and art and have a knack for creating uniquely Australian stories that bring alive the beauty and idiosyncrasy of ordinary life. After their son Jem asks them why it is his younger brother can bowl so fast, the family build a professional cricket pitch in their own backyard and spend two years filming this artwork investigating the physics, motion and beauty of the game, all to try and answer the simple question: Can sport really be considered art? As the work unravels, we see how cricket has played a role in the lives of both artists, as well as their two sons. In the wake of recent scandals around the sport, the artwork takes on new resonance, as the pressures of professional cricket mirror the artist’s own questions about the cost of becoming an elite sportsperson. What does cricket mean to us as a nation? What does it take – and what does it mean – to be truly great? Made in collaboration with filmmaker Matthew Bate, this unique hybrid documentary uncovers the story of one family making a very personal artwork that is the summation of their entire lives. The Woman and the Car

Kate Blackmore looks at motherhood and mobility, film and feminism, through the prism of Margaret Dodd’s classic short This Woman is Not a Car (1982). Blackmore and Dodd are both Adelaide-born artists, making films a generation apart. Sitting in an FX Holden, Blackmore talks to Dodd, and her friends, about the context in which her film was made. Like many of her generation, Dodd yearned for a Holden. For suburban women in the 1960s, owning a car was a form of liberation not often realised. Shaped by her experiences, Dodd’s film is a nightmarish vision of a young mother trapped in suburbia. The conversations between the two artists are intercut with footage of 70s Adelaide, interviews with Holden enthusiasts and ex-factory workers, and a car procession at Adelaide’s last-remaining drive-in cinema. Blackmore’s film, The Woman and The Car is a close-up look at how Dodd, Adelaide and more broadly, the Australian national identity have been influenced by the presence of the car. The recent closure of the Holden factory in Adelaide marks the end of an era for the ‘all-Australian’ vehicle and an extra layer of poignancy when considering the resonances of Dodd’s work on the way we see ourselves. This documentary that tells the epic life story of Alfreda Glynn, 78 year old Aboriginal woman, stills photographer, co founder of the Central Australian Aboriginal Media Association (CAAMA), and Imparja TV, mother, grandmother, great grandmother, radical, pacifist, grumpy old woman, who in equal measure loves the limelight and total privacy. Part bio-pic, part social history, it details the life of a woman born beneath a tree north of Alice Springs in 1939, her childhood living under the Aboriginal Protection policies and the impact, both good and bad they had on her life. 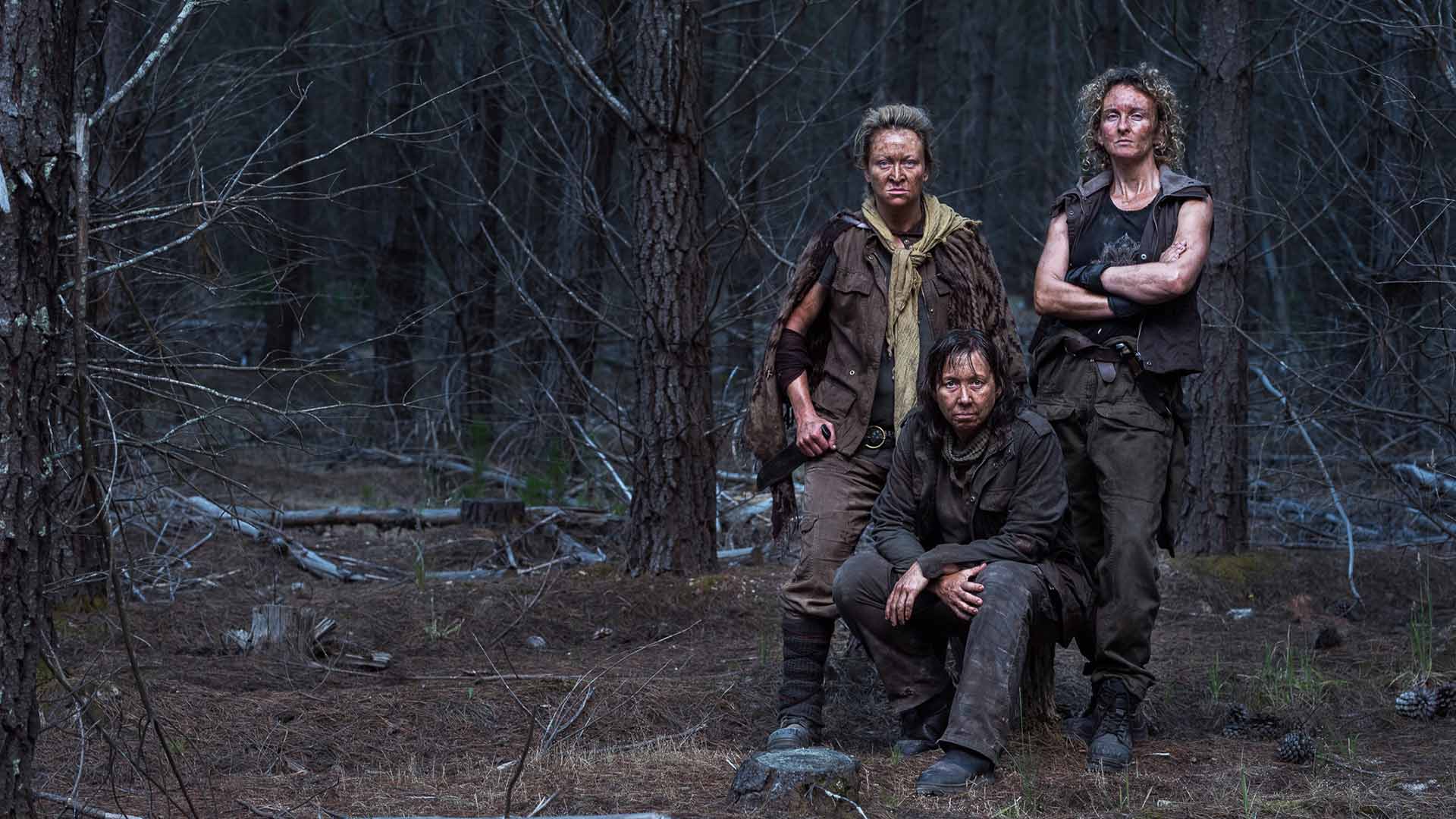 With the unique ability to produce their own water, The Numi are the Dry Land’s most valuable assets and for decades have been enslaved by people’s desperate need for their water. When her father is murdered trying to save her from hunters, Numi girl Davi and her younger sister Ya-Way, are kidnapped and forced to give up their water on a daily basis. Knowing that she will eventually be sold to the highest bidder and separated from her sister forever, Davi comes up with a plan to outsmart her captors but it does not come without severe consequence on both her mind and her morality. In a dire world, where mankind’s oppression of those it outnumbers is as prevalent as ever, Davi takes you on the dark adventure of a grieving sister trying to bear the weight of protecting the last family member she has left. After a truck driver is killed by a rock thrown from an overpass, teenage schoolgirl Hannah runs from the scene and is hit by a car. Now her parents Jo, fretful and protective, and Isaac, distant and logical, wait outside her hospital room for the police. Jo wants them to create an alibi to save Hannah from prison, because whatever Hannah has done, it is their fault as parents. Isaac feels they must let justice take its course, even if it means Hannah pays for their failures. With police drawing closer, their debate forces them to expose deep emotional wounds. What they’ve uncovered cuts to the heart of an even more important crisis within their family.