Recognising achievement and supporting individuals to continue lifelong work of benefit to the Australian community.

The Jim Bettison and Helen James Foundation works with AFF to facilitate the Bettison and James Award. Commencing in 2015 the annual award was established in recognition that many Australians have contributed an exemplary and inspiring lifelong body of work of high achievement and benefit; and that the completion, extension, recording and/or dissemination of such work would have benefits for both the individual concerned and for the wider Australian community.

Presented on an annual basis, it is hoped that the Award will provide the beneficiary with support to continue to their life’s work and to inspire, enrich and be of benefit to the community. Each year, the award l gives $50,000 to a recipient who has contributed significantly in their area of expertise – be it the arts and humanities, social justice, the environment,  the sciences or other.

The Jim Bettison and Helen James Foundation was established to realise the vision of Dr Jim Bettison and Ms Helen James, who were committed to supporting a wide range of activity in the community through philanthropy and professional engagement.  Jim co-founded Codan, a successful and award-winning Adelaide company, established the Developed Image Photographic Gallery and served as Deputy Chancellor at the University of Adelaide. Helen was an exhibiting studio artist. She served on various key arts committees and was a founding member of the National Library of Australia’s Foundation Board.

AFF aims to garner innovative partnerships and to create opportunities for Australian key thinkers and practitioners.  The Jim Bettison and Helen James Award Advisory Committee for the Foundation review all submissions. A total of $50,000 is awarded each year to a single or multiple recipients, based on eligibility and strength of application.

An award-winning author, educator and science communicator, Professor Long’s public appearances, lectures and writing about prehistory and evolution – which include fiction and non-fiction books for adults and children –  are an accessible exploration of a wide range of topics, including the evolution of life, the history of fishes, Australia’s dinosaurs and ancient mammals, and ancient Antarctica, through to climate change and the history of human civilisation.

Professor Long believes in the power of Integrating the humanities within science, stating, “While science can provide answers to specific questions about our key issues, there also needs to be more collaboration with the humanities to find real solutions to our problems today.

Jackie Huggins, AM FAHA, a Bidjara / Birri-Gubba Juru woman from Queensland, was announced as the 2018 recipient of the Bettison and James Award in early 2019. Her phenomenal body of work has seen her make dynamic and highly significant contributions to the wider Australian community for more than four decades. Working extensively across academic, government and community spheres, Dr Huggins has published widely on Australian Indigenous issues, and in particular on history and women’s studies. She has served on many committees, advisory boards, inquiries and commissions, notably in the areas of Reconciliation, Indigenous education and employment, domestic and family violence, the prison and corrections system, constitutional reform and philanthropy. Dr Huggins is currently the co-chair of the National Congress of Australia’s First Peoples, the peak organisation representing the rights of Aboriginal and Torres Strait Islander peoples.

Dr Huggins is currently pursuing her desire to research and write a book on the social impacts surrounding the history of Aboriginal soldiers in both World Wars – soldiers who went to war without their people being citizens of their own country.

The book will tell a story of great significance nationally, and also to Dr Huggins personally, coming from an Aboriginal family with a military service background. Her grandfather, John Henry Huggins I, served in World War 1 and was wounded twice in Belgium. Her father, John Henry Huggins II, was a Prisoner of War (POW) in World War 2 on the infamous Thailand-Burma Railway. He died at the age of 38 from his war injuries, leaving her mother to raise four children on her own. To further her research, Dr Huggins travelled to Thailand, Malaysia and Singapore in February 2019 in a delegation of Aboriginal descendants of POWS as part of an Australian War Memorial project.

Robert McFarlane has been capturing defining moments of Australian life for more than half a century. From his early work in the 1960s capturing the now iconic images of a young Indigenous activist Charlie Perkins at university and the Beatles arriving in Australia, McFarlane went on to photograph many historical Australian moments both big and small over the subsequent decades. Prime Ministers, film directors, Go-Go dancers, artists, surgeons, activists and workers, all have found themselves in front of McFarlane’s lens as he uniquely chronicled the changing face of Australia.

In addition to almost constant publication in Australian print media, McFarlane has worked for a number of leading Australian Theatre companies and was the stills photographer for more than 30 films including Puberty Blues, The Year My Voice Broke, and Muriel’s Wedding. He has written extensively on photography as contributor for more than 20 books and catalogues, as a critic for The Australian and more recently, The Sydney Morning Herald. His work alongside leading Indigenous photographers such as Ricky Maynard and Michael Riley for the landmark project, and book, After 200 Years remains one of his proudest achievements.

McFarlane’s photographs are held in the National Gallery of Australia, National Portrait Gallery, National Film & Sound Archive, Art Gallery of South Australia, Art Gallery of New South Wales, and numerous private collections. In 2017 he was the subject of Mira Soulio’s documentary The Still Point, which was broadcast as part of the ABC’s Creatives series.

Following the Award, which acknowledges his extensive and acclaimed body of work, McFarlane was able to collate a comprehensive archive of his photographs. A planned monograph of his most important images will ensure that Australians can engage with the work into the future. Meryl Tankard is one of Australia’s pre-eminent dancers, choreographers and directors, with a long and distinguished career across the medium of dance in Australia and internationally, who continues to push the form in new creative directions. Tankard is a former Artistic Director of Adelaide based Australian Dance Theatre, soloist with Pina Bausch’s world renowned Wuppertal Tanztheater and a creator of ballet, opera and music and dance theatre. More recently Meryl has focused on film and screen culture as a medium for expressing her artistic vision and drive.

An AFTRS graduate, Tankard has appeared on screen as the subject of the documentary The Black Swan, starred in Dancing Daze produced by Jan Chapman, produced the choreography for Ana Kokkinos’ feature film The Book of Revelation and created the documentary Michelle’s Story, a portrait on dancer Michelle Ryan who was suddenly diagnosed with multiple sclerosis.

Tankard has been able to further a number of projects that explore two themes central to her career as a choreographer and film-maker: the transformative power of art, and the positive impact that creativity can have on physical and mental health conditions. She recently completed development of her short film MAD, an illuminating journey of one woman’s experience of living with ‘madness’, inspired by Sandy Jeffs, a Melbourne-based poet and writer. She has also been able to edit footage of her acclaimed solo dance-theatre work Two Feet and digitise her stage works, making them available to be shared with educational institutions, the general public and future generations. 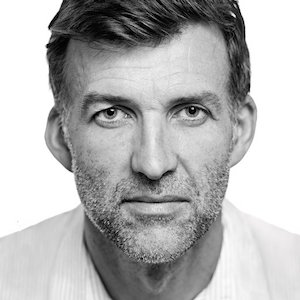 Tim Jarvis is an adventurer, environmental scientist, author, public speaker and filmmaker who, in 2013, led a team that retraced Sir Ernest Shackleton’s legendary 1916 journey to the Antarctic. He holds Masters degrees in environmental science and environmental law, is the Global Ambassador for World Wildlife Fund Australia and is the sustainability adviser on multilateral aid projects for the World Bank and AusAID.

Tim Jarvis is project leader of 25zero, an adventurous and visually spectacular global initiative against the biggest threat facing humanity, climate change. In 2015, 25zero teams summited seven mountains in three continents during the 12 days of the United Nations Climate Change talks (COP21) in Paris, sending footage, images and stories to COP21 where they were used to push decision makers to arrive at a meaningful agreement.

Jarvis has developed the phenomenal footage from the climbs into new forms, including a documentary, designed to educate and engage with the issue of climate change by ‘showing’ it. 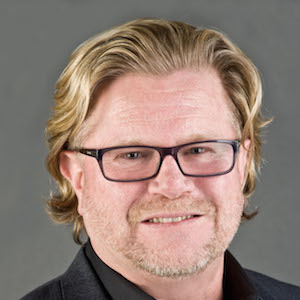 Greg Mackie has had a long association with the arts and cultural life of South Australia, serving on the boards of many arts organisations, including FEAST Festival, the Adelaide Festival Centre Trust and the Libraries Board of SA and more recently, the Ngeringa Arts Trust. Following a decade with Adelaide Writers’ Week, and entrepreneurial cultural activity, Greg founded the biennial Adelaide Festival of Ideas.

From 2004 he went on to successfully lead Arts South Australia and later as Deputy Chief Executive, Cultural Development in Premier Mike Rann’s Department of the Premier and Cabinet. Awarded a Medal of the Order of Australia in 2002 for his services to the arts, in 2007 he was presented with the national AbaF Dame Elizabeth Murdoch Cultural Leader of the Year Award for his efforts in fostering relations between the arts and business.

Mackie expressed his intention to “continue to honour (Helen James and Jim Bettison’s) passion for ideas, thought leadership and innovation” through his pro-bono and professional roles into the future, spurred further along this journey by the Bettison and James Award. He was able to work towards and achieve the resurrection of the Adelaide Festival of Ideas in October 2016.

If you have further enquiries about the Bettison and James Award, please contact Adelaide Film Festival on (08) 8394 2505 or via [email protected].